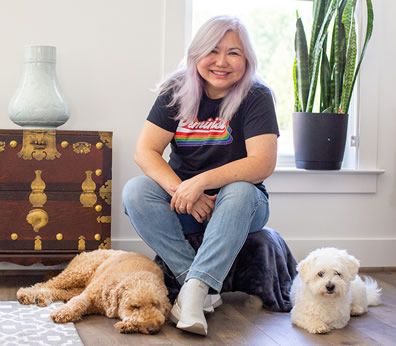 Ellen Oh is a writer of children’s books. Some of her books have won awards from organizations and people who are not related to her. She used to be a lawyer and an adjunct college instructor before realizing that it was all very boring and she enjoyed writing books much more. She is the author of the middle grade novels Finding Junie Kim, The Dragon Egg Princess, and The Spirit Hunters trilogy (Spirit Hunters, Island of Monsters, and Something Wicked), and the YA fantasy trilogy The Prophecy Series (Prophecy, Warrior, and King). She is the editor of the middle grade anthology Flying Lessons and Other Stories, and the YA anthology A Thousand Beginnings and Endings. Ellen is also a founding member of We Need Diverse Books (WNDB), a non-profit organization dedicated to increasing diversity in children’s literature.

Ellen is Korean American and grew up in New York City, well mostly in Brooklyn. She loves food and finding new restaurants to try but hates cooking, even though she’s quite good at it. She went to NYU and Georgetown U law center in Washington, DC, which is where she met her husband, who is also a boring lawyer. They have three big, very talented kids who want to be a lawyer, a teacher, and a webtoon artist. They also have two small dogs who believe they are human and are terribly spoiled. Tokki is a coton du tulear, which is a fancy way of saying little white fluffy dog, and he is really adorable but very grumpy and will bite you. Kiko is a goldendoodle who is the sweetest and silliest goofball who loves everyone, especially Tokki, even though he is mean to her. They all live in Rockville, MD where Ellen has still been unsuccessful in finding a bagel that lives up to her high New Yorker standards. 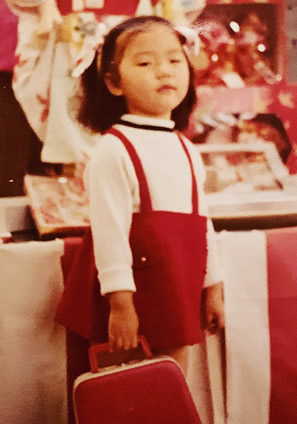 Favorite color – Purple
Favorite food – Korean food
Favorite dessert – Krispy Kreme donuts, especially chocolate glazed
Favorite snack – Garrett’s Mix Popcorn, whenever I can get it… otherwise any kind of popcorn
Favorite drink – Diet Coke, never Diet Pepsi. Don’t even think of trying to fool me…
Favorite pet – My sweet dogs Tokki and Kiko – okay Tokki isn’t very sweet…
If you could turn into an animal – A tiger because tigers are cool
If you could have any superpower – Telepathy and telekinesis and I would rule the world!!!
Biggest fear – I’m ridiculously afraid of mice and rats and have an irrational fear of the deep ocean
Favorite hobby – Reading and watching Kdramas and eating, mostly eating…
Favorite movie – I love a lot of movies, but the one that I can watch over and over and never get tired of is The Princess Bride
Favorite book – You mean books right? I have too many to list. But I do write about them for Goodreads.

But when I was younger, my favorite books were A Wrinkle in Time, Tales of Earthsea, and The Count of Monte Cristo.

Can I write to you?

I LOVE hearing from my readers! You can use the contact form to send me a note.

You can also write to me or draw me pictures or send me a poem and snail mail them to the following address: 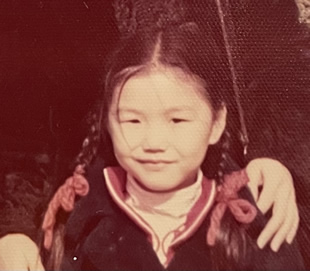